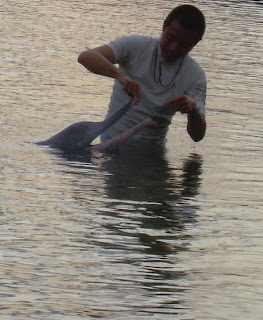 As a fundraiser who makes extensive use of telephone, I am mostly very polite to fellow telecallers, although most of these are abjectly commercial calls, unlike mine. I am glad that this morning I kept my predicament intact, while taking one such call.

Early morning, not quiet, though early for a weekend, I was woken out of my reverie, by a phone call inviting me to attend a CSR-Corporate Social Responsibility Conference. I tried explaining to the lady on the other side that I was no longer the best person for such conferences. And that I had stopped being a Corporate fundraiser for a while and hence attended different kind of conferences now. The other side was persistent and wanted to know what I was doing currently. By this time the call was taking much of my weekend and also to make it easier, I rattled that I handled “Individual Social Responsibility”, instead.

As I write this, I realize ISR has been there around for long, but has not been branded, discussed and conceptualized like its corporate avatar. In fact if you thought it through, ISR has been at the roots of CSR. Because what is a corporate without the individuals in it.

I know this makes the already esoteric world of CSR even murkier. Everyday I hear a new perspective on CSR. Good for a school that is still evolving undoubtedly. But how would one define ISR?

Well, it is to be seen how the definition develops. Let me try a simplistic one. “Being responsible in our actions that have affect on communities outside our immediate circle”. The immediate circle being family and friends. One could argue to even include family and friends, but I would rather that they be part of Individual Personal Responsibility (another acronym to confuse promoters of Intellectual Property Rights).

There could be some simplistic manifestations of ISR. A very first could be your philanthropic behaviour or lack of it. Add to this the campaigner, volunteer and activist in you that picks-up and supports issues affecting the society. Top it with being ethical in your outward dealings.

I know much more conceptualization and debate is needed. Perhaps much on it already exists there, unknown to me, Wikipedia and Google. But think of the powerhouse this could be, if given the attention CSR gets. The society would change faster!

I hope very soon I will get a call inviting me to attend a conference on ISR. I will expectantly pick even the unknown calls on my mobile.
Posted by Unknown at 2:13 PM